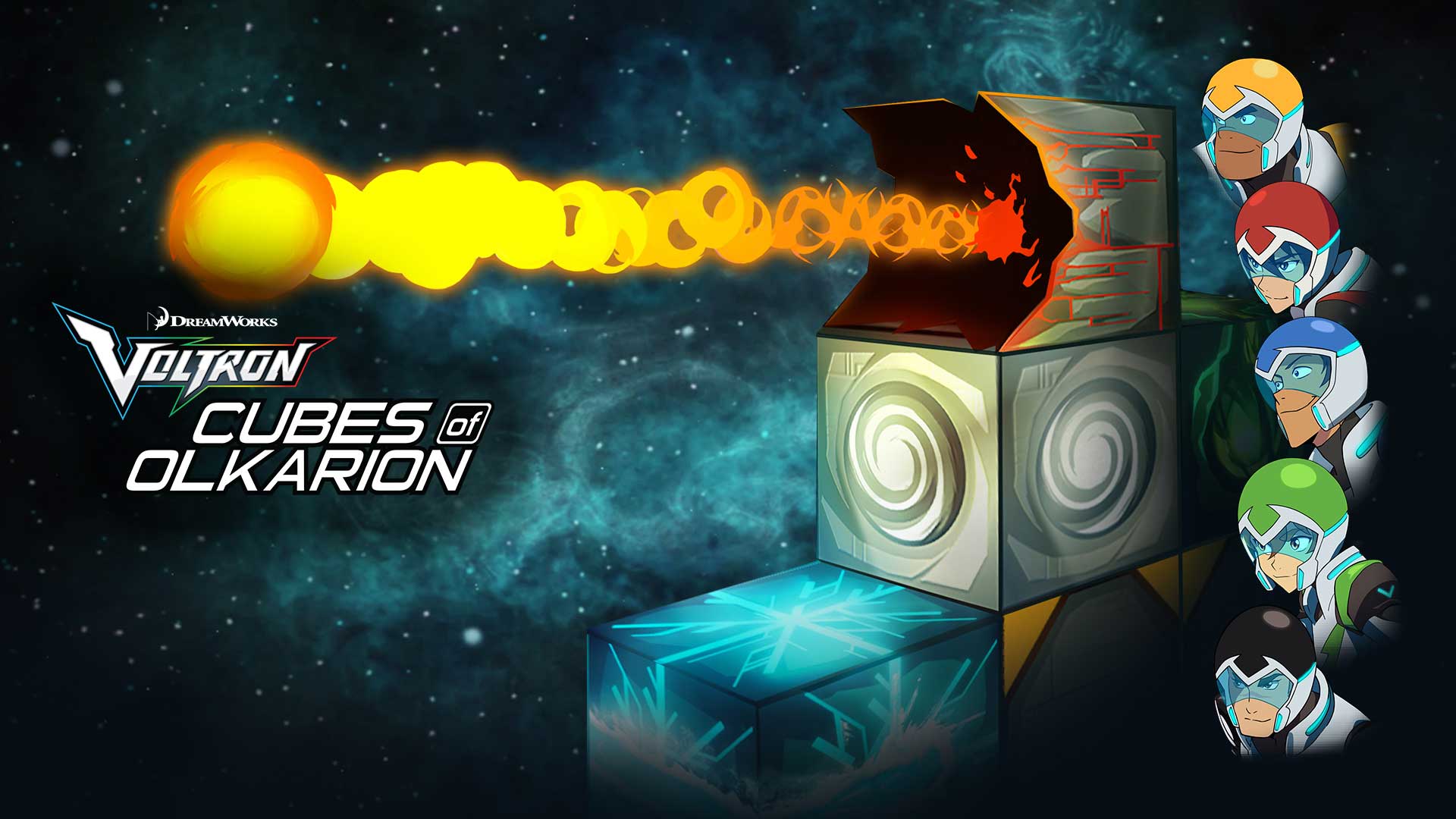 «Voltron: Cubes of Olkarion» was an action-packed one-on-one real-time-strategy game boiled down to a single sideview screen with fighting game and puzzler elements set in the universe of
Voltron: Legendary Defender.
It enabled the players to jump into DreamWorks’ «Voltron: Legendary Defender» universe and take control over the Cubes of Olkarion!
«Voltron: Cubes of Olkarion» was carefully crafted by Swiss game studio Gbanga in Zurich. The Voltron IP was granted by NBC Universal between 2019 and 2022. The game is not available anymore.

Build and use unique cubes

Experiment with different cubes and their possible combinations with each other!

If you manage to hit your opponent’s base three times you win the battle. Just don’t let them do the same thing to you, or you will be blown straight to Wozblay!

There are infinite strategies to find and experiment with. Different battleground and opponents call for different approaches!

Battle locally on a single screen or join an online multiplayer battle to find out who controls the Cubes of Olkarion the best!

Play with a multitude of characters from the Voltron universe. Wondering who’s coming next? Check out our roadmap.

Meet some of your favorite characters from the series. More to come soon!

The ancient technology of the Olkari.